10 Reasons Why Menopause Isn’t For Pussies

A special time in a woman’s life when they can’t have babies anymore. They get hormonal, mean, rude, short-tempered, angry, and awkward. Bad time for teenagers to live with their moms.

She was mean because she was going through menopause.

This week I was going to bring you a vacuous post entitled ‘the physical significance of the modern super-hero’ (or ‘why Chris Hemsworth is so f*cking hot’), but then I realized that all three of my readers would probably work out what a pathetic, dyed-blonde sleaze ball I truly am and ditch my blog.

So instead, and partly b 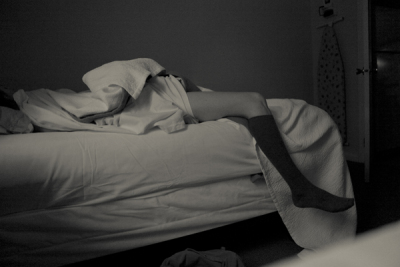 ecause I’m still recovering from an outrageously evil assault by some vengeful grass ticks, (resulting in paranoid insomnia from the unrelenting itchiness), I have spent most of this week feeling a tad maudlin. As a result, instead of going into the finer detail of Chris’s pecs, I decided to write a true Midlife Mayhem ‘niche’ post detailing the symptoms of an equally debilitating health issue (even worse than the repercussions of a swathe of embittered grass ticks), eerily often referred to in hushed tones as ‘the change’.

(I’ll just give the boys a few seconds to exit the page).

So anyway, here’s my little snapshot of what I’ve experienced in the first few sacred years of my menopausal Chamber of Horrors:

Tune in next week for the old man’s version of the ‘male journey’ into middle-age. Highlights include: how much is too much hair loss? golf on tv versus sex, imposing nose hair and keeping the weight down by watching lots of sport on tv.