The Importance Of Defining Roles In A Successful Relationship 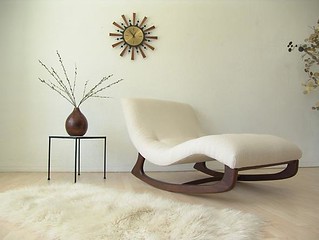 I’ve discussed the absolute necessity of defining roles in relationships before.

Many of us slip into these roles quite naturally – where each partner takes ownership of particular ‘jobs’ in the household that are more suited to their own particular skill base.

For example, the old man is very good at taking out the rubbish at our house, and I know that he might deny it, but he is very adept (and I am certain finds it personally fulfilling) at sifting through bin juice, recycling and destroying cardboard boxes. He also does the gardening and much of the financial management.

I do everything else.

And in the past, I have been one of those lucky women whose husband doesn’t poke his nose AT ALL into the styling of our homes. Because that is my jurisdiction, just as acquiring technology is his.

This is mainly because the old man has about as much creativity as an accountant – perhaps because he is one – and because he also couldn’t give a fuck about the many different shades of white or textures of cushions. I like to think that it is also out of respect for my craft, with my background is interior design.

So apart from setting the budget, he leaves the furnishing to me.

Or he has done up until now. Because for some reason, he has decided to voice an opinion about which furniture makes the cut to our new apartment.

And it physically hurts me to even commence a discussion about room plans and spatial planning when my husband has as much spatial awareness as a drunk. Particularly when I know that his concerns have nothing to do with aesthetics and how our apartment will evolve, but rather how it will function and at what cost.

In his crazy, mixed-up and distorted accounting mind, life functions better without materialism and spending money – aside from the need for Apple-everything, apparently.

He has already dared to challenge me on various pieces of furniture and accessories, some of which we do not NEED exactly but which will aesthetically create the best ambiance for our new home.

So the next time he gives me ill-informed input about where something should go, I may be forced to cut off his testicles with very blunt scissors, I may have to bite my lip because I can’t handle being told what to do in one of my departments. It is rather like me looking at our annual household spreadsheet and telling him where we could save money.

Which is frankly absurd.