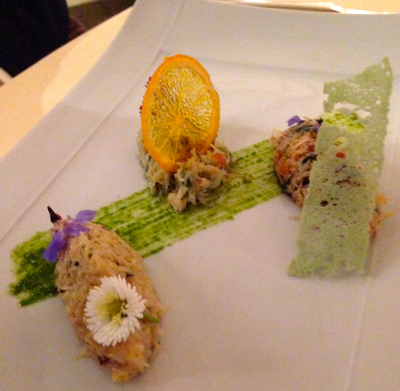 Of course, the really sexy hero of my recent trip to Europe was the food.

If you’re a pig foodie like me, you wouldn’t automatically think of the UK as a foodie haven, but France would certainly be up there, pretty close to the top of your list.

Let me tell you, though, the Brits are catching on. Gone are the days when a steak and kidney pie is considered gourmet dining; I discovered a new wealth of fresh and healthy food on offer, even though the weakness of the Australian dollar made eating out seem much more expensive than my previous trip.

But even better news, (because although j’adore French food, my middle-aged stomach has developed an annoying intolerance to rich sauces these days), French food has finally evolved. Not one creamy sauce passed my lips on a mission to further constrict my arteries. The French still love their gross food, though, although it felt almost sentimental to see snails, intestines and brains on the menu. 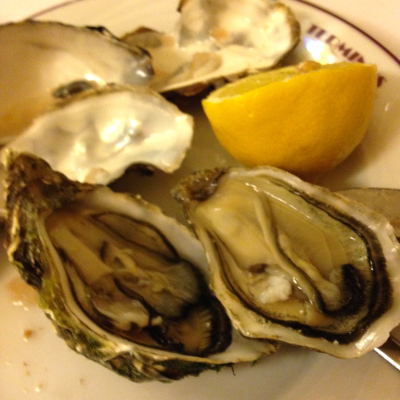 But the most orgasmic foreplay of the trip had to be the plump, fresh oysters dripping in lemon juice that slid so easily down my throat at the Brasserie Gare Du Nord in Paris, alongside several memorable chicken liver parfaits and my all-time favourite, Foie Gras. Yes, I know Foie Gras gets a well-deserved bad press due to the way it’s produced, but it still remains a personal delicacy.

I snacked on the best pork scratchings in London and prayed that my statins would over-ride the extra cholesterol or that perhaps the wonderful selection of exotic salads I found would serve as penance. It’s not so easy to find good, creative salads in a chilly climate but the Market Superfood Salad I had during my first visit to one of Jamie Oliver‘s Italian’s, which I topped with the freshest, creamiest Buffalo mozzarella (instead of the Cottage Cheese) was healthy comfort food at its finest.

Onto mains, and although I try to steer clear of red meat these days, two lamb dishes were the equivalent of the missionary, which, although not the wildest of positions, at times can be strangely comforting – the first, a crisp, green salad with hummus and goats cheese, and the second, traditional cutlets in a rich, red wine gravy. In both plates, the meat was served perfectly rare and oozing flavour. As for fish, I experienced my first pave de saumon in Paris served on a simple bed of petits pois, several unfancy but flavoursome grilled sea bream and a hearty seared tuna. 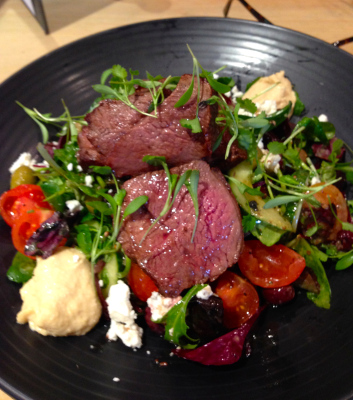 As for fromages et desserts, there were far too many to count or own up to; as my new-and-improved waistline will testify. I always pick cheese over dessert, particularly in France, where the creamy Bries, bitter goats and mature Stiltons all fight for my affection, so the only two desserts to compete seriously with them were a Café Gourmand in Paris, which was delectable in its simplicity and included a rich chocolate brownie, salted caramel ice-cream and the most heavenly tapioca-type-thing I’ve ever tasted, and a rich vanilla Panna cotta, with a gentle velvet texture that was balanced perfectly by tart red berries on the top.

And if that seriously wasn’t enough to get your juices in a twist, did I mention my beautiful sister-in-law’s Easter roast?

Feeling hot and sticky yet?