The Hardest Part Of Parenting Is Agreeing How To Parent

When we were in London a few months ago, we listened to LBC, a talk radio station where current news topics are raised and listeners call in to voice their opinions. 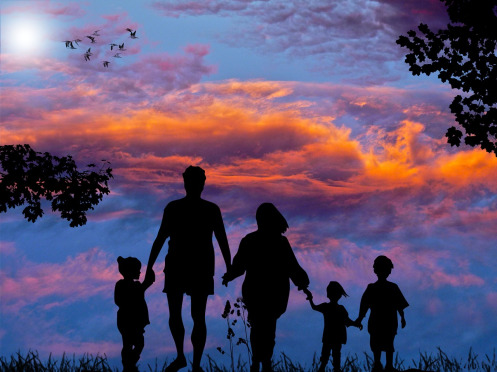 One of the topics was about the LGBT community and how universities are providing halls of residence strictly for LGBT students in a bid to protect them from bullying. The DJ was adamant in his opinion about the debate when he stated that life is tough, segregation is a short term solution and the priority should be to get to the root of the problem and fish the bullies out.

His reply to one caller went something like this:

‘Well, where are they going to live after university? Homosexual town?’ It was cutting, but on point.

As you know, the issue of whether to protect and enable the “square pegs” and minority groups, or simply throw them to the wolves to best prepare them for the harsh realities of society is a topic that raises its ugly head frequently in our house, in regard to our son Kurt.

If couples are lucky when they enter the void called parenting together, they’ve had the foresight to run through the job description, exchange ideas and agree on a game plan that will ensure them the best chance of going on to become the perfect parents that they envisaged.

More likely, though, is that they fall into it, thrash and struggle – often at polar opposite sides to each other – and eventually reach some middle ground in which to cope.

Every child has their challenges, but in some cases parents get thrown a real test from up high such as a physical or mental disability, or circumstances such as divorce or death interfere, and all those expectations and fixed ideas of what sort of parent we will be are compromised and thrown out the window.

Sorry, but I defy anyone who says such circumstances make you stronger.

One of the most difficult facets of dealing with our little curved ball of a son is agreeing how to discipline him, because the old man and and I are very different people, have been moulded by very different backgrounds and have very different preconceived ideas about how to best parent our challenge of a son.

We agree about the premise of boundaries and we share the same moral values, but our individual relationships with Kurt are very different, just as it is for most sets of parents and their children, I imagine. I don’t believe in parents having ‘favourites’, but it makes sense that the relationships we share with our kids who are more similar in personality and outlook to us are usually more straightforward.

This parenting issue has been compounded for us since the old man started to work from home, because he is here all the time now, watching over me like an hawk, waiting for my parenting skills to fail or for any signs of weakness so that he can whoosh down on me and tell me how it should be done.

Maybe I’m imagining that…but that’s how it feels, although admittedly, he assures me that I do exactly the same thing.

So just as he has come to accept the landslide that is the infernal mess of NC’s bedroom – because she is nigh on perfect in his eyes in most other ways – it feels as though he waits for Kurt’s next fuck up.

And from past experience we know with a certainty that there will be many other fuck ups, because our boy has ADHD and is oppositional, doesn’t sleep well, struggles socially and has poor self-esteem – I could continue, as anyone with a child with ADHD knows, but there’s a lot even I will not reveal – so it frustrates me that he can’t feel more compassion for the bumpier road ahead of our son while I frustrate him for being so weak.

And in spite of knowing that the old man loves Kurt, I can’t help myself from getting seriously defensive on our son’s behalf.

Admittedly, Kurt refuses to help himself, which confirms my place as piggy in the middle in the household, a position I always found frustrating during ball sports at school.

And while I agree with the old man that ‘life is tough’ on the outside and that society won’t make allowances for our son – and that yes, he is officially an adult – in my mind, the job we signed up for was unconditional and forgiveness goes a long way.

A friend who has been through a similar journey once told me that ‘unconditional love’ is the only way forward with these children, but boy, does our son make even that difficult at times. I am tougher on him than my natural instincts would want me to be because I have learned over time that “enabling” him is not the answer either, but sometimes I want to claw out the old man’s eyes for his lack of compassion.

“Parenting” can be the toughest challenge some of us will ever experience and who’s to say which approach is the right one? I don’t have the answers. Sometimes I think it would be easier to toss a coin when it comes to making the sort of parenting calls we have to make, but most of the time we put our heads together and rely on our instincts, wine and prayer to make the right decision.

Because we’re the parents and that’s our role.

Fortunately, it has recently become accepted in society that parents fuck up their kids’ lives.