A friend once bragged how when her daughter went through that special teenage phase when she used to ram home her opinions by slamming her bedroom door, she finally reached her tipping point one day, found a screwdriver and removed it. 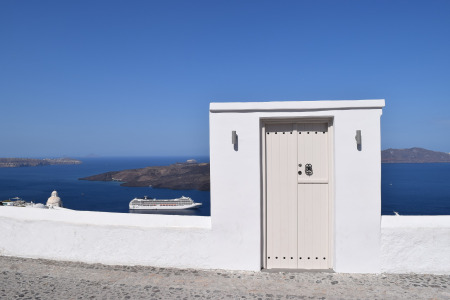 When her daughter returned home from school, she explained to her that privacy is a privilege that has to be earned.

Obviously, I am not strong or mature enough to enforce my own parenting principles in such a terrifying manner, and anyway, the old man doesn’t know one end of a screwdriver from another, but sometimes I too wonder when a) I will earn the privilege of privacy in my own house and b) when the kids will stop slamming the f..cking doors?

Like many of you, I imagine, in the early days of parenting we assumed that the kids would have flown the nest by now and therefore never really thought much about co-habiting with young adults. We’re learning quickly.

Have you noticed that even with adult kids, while you are required to knock at their door each time you want a conversation with them – out of respect for their privacy – they feel “entitled” (key-word) to bound into your space whatever the time of night or day?

I don’t get it. It’s like they assume we’re not having rampant sex any and every free moment we get the chance! And since we’ve recently compromised the semi-privacy afforded by the en suite bathroom that we had in the apartment for extra space in the new house to accommodate our hangers-on – and that tiny room was a bolt-hole for me when I needed time-out – this new, family bathroom seems to have become an extension of the living area and a communal chat zone.

I can be putting on my make-up in front of the mirror and will spot the old man creep in to pee behind me, and Kurt tries to have deep and meaningful conversations with me when I’m in the bath, then has the gall to grimace at what saggy body part of mine he has inadvertently seen.

And then there’s the door-slamming – generally when we say ‘no’ to the latest, ridiculous idea or scheme he comes up with. And yes, I know we all did it to vent our frustration and anger when our parents “didn’t understand us”, but I think that after nineteen years of co-habitation, Kurt may have to accept eventually that if we don’t “understand” him now, (and in our defence not many people do), it’s probably never going to happen.