The Link Between Insomnia In Middle Age And The Boomerang Generation 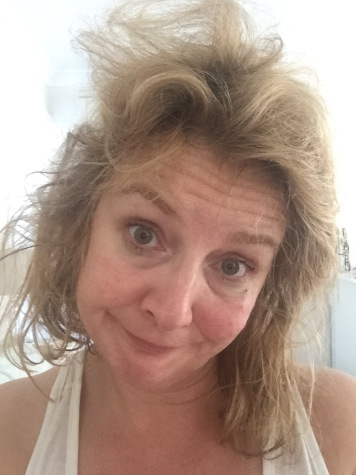 Biologically-speaking, there is a proven link between sleep problems, peri-menopause, and menopause. It has something to do with the dying noises created by your ovaries, dreams, and looks as they wither, and a lot to do with how much you hate the person sleeping next to you.

However, my own research lists other contributing factors, such as dogs in the bed, snoring and wind issues, anxiety about any fucking noise in the house or street and the nighttime habits of the young adults living in the house.

After a prolonged period of “self-discovery”, Kurt has succumbed to one of the realities of living in a western culture – that cigarettes cost money – and has got himself a job.

He is working in the type of music-themed bar, with its eye-blistering pink neon lights, thumping music and an entire menu dedicated to the evolution of the French fry, that you’d expect – in other words, it is the perfect fit for someone with ADHD.

However, he continues to live at home with us in AbouToDie-ville and so by the time he gets off the bus after his shift, it is often 2 or 3 am, a time of the night that correlates nicely with the first twitches of my bladder, the first dog snores, whelps and kicks and the time of the night the old man has usually reached the end of his patience and is planning my murder due to my own snoring issues.

So, the new routine has taken some adjusting to, the light sleepers that we are, still scarred by a really fun night spent at the ER with aforementioned son only last weekend – a story for another time – and the night only two days later when he nearly burnt down the house with the toaster and couldn’t stop the fire alarm.

Last night, he phoned at 2am to say that he had missed the last bus home and needed to get a cab – in other words, would we sub him until payday? It does worry me that Kurt seems to think that the money tree is paying his wages and that there is an endless supply of cash. After an argument back and forth between myself and the old man in bed (he is having his own sleep issues at the moment), we decided to put sleep ahead of good parenting and consistency and gave Kurt the go-ahead. Any parent knows how rational you are at 3am in the morning, although the old man’s new name for me of “Weak McWeak” seems a little harsh.

I have never looked good in the morning, even after a full night’s sleep. I am not one of those women that look naturally beautiful with no makeup. I have never been a morning person and I am certainly not a 3am person. Added to which, my hair is going through its own menopausal, existential crisis at the moment and so after seven hours of tossing and turning it looks like I have been electrocuted at high voltage. I resemble one of those troll dolls we used to have as children, that have probably been discontinued now for their political incorrectness to people with dry hair.

I am also currently trialing a new product for snoring (at the request of the old man), who has threatened me with divorce if I cannot find a remedy – best-case scenario – or he will finally lose control and stab me in the middle of the night in a re-enactment of the shower scene in Psycho. The product is called “Mute”, and is a small plastic contraption that looks rather like an IUD. You fit it into your nostrils and it opens them out to encourage breathing through your nose rather than your mouth. Once in position, it is fairly inconspicuous apart from the fact that your nostrils are unnaturally flared and there is a plastic ring that hangs down – in other words, you look rather like a bull and particularly unattractive, even by my nighttime standards. “Mute” is guaranteed to lessen your snoring as well as the number of times you have sex. So, a win all around.

And so, in my haste to get back to bed asap and complete the four hours of sleep I had calculated in my anxiety that I had left last night – best case scenario – it was somewhat unfortunate for the taxi driver that my deviant hair and plastic nose-ring completely slipped my mind as the lights of his cab lit up my bedroom window and I went down to pay him.