We Can All Be Heroes, Without Firing A Single Bullet

Today makes me sad. Anzac Day confuses me because it forces me to question the sacrifice of those millions of men and women that gave up their lives to protect our future. And what makes it worse, is that so many more of them continue to risk their lives for the same empty promises. 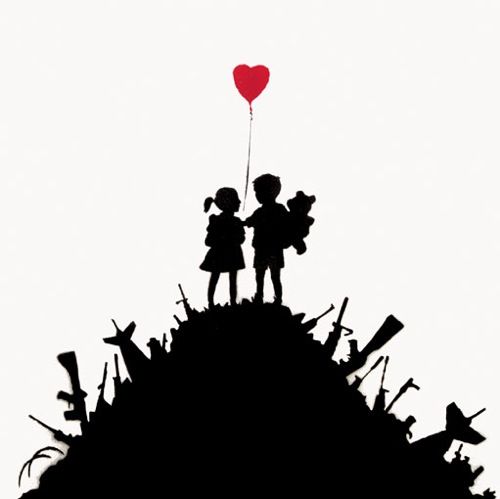 Kids On Guns Hill by Banksy from Pinterest and mymodernmet.com

We like to call them heroes, but I’m certain that many of the men conscripted in the two World Wars would have preferred to stay at home, get married, and see their children grow up, while here we are, still living in fear of terrorism and war.

In many parts of the world, war remains a reality of daily life, and more often than not, the bigger players that instigate it don’t stick around long enough to pick up the pieces once they leave. Innocent people continue to be discriminated against – just like the Jews in World War 2. Even in the West, (in our so-called “democracies”), man’s overwhelming greed for power and control blinds it to the cost of human life as countries are disabled by religion and race.

Surely, the best way to honour the dead and our forces today is by demonstrating to them that their sacrifice was worth it? That we have learned from it? And let’s also teach our kids that heroes can be people who use their voice for change as well; who stand against discrimination, without firing a single bullet.