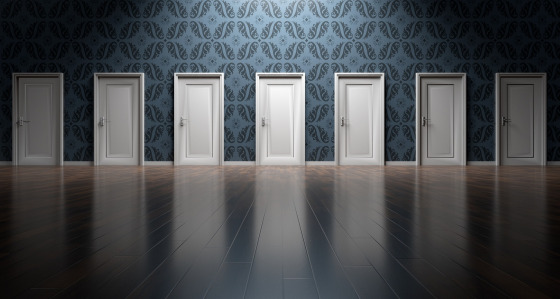 If ever there was a period of time where it’s possible to believe that genuinely bad people do exist, it is probably right now. With daily mass shootings in the US, terrorist bombings all over the world, the ongoing abuse of women and the surge of a far-right movement – it is hard not to believe that nature is as guilty as nurture in the production of the “bad seed”.

I’ve always sided more with the nurture side of the nature-nurture argument. I’ve always wanted to believe that there is fundamentally good in everyone and that even the pedophile is a victim – most likely abused as a child. I will never approve of capital punishment and I adhere to the belief that most bad behavior is learned behavior or emanates from the needs of those with no other choice for survival.

I watched a talk by Randy Pausch yesterday, a professor with terminal pancreatic cancer who gave his opinion before he died on how to Live The Right Way  .One of the points he made in his video was that ‘no one is pure evil – if you wait long enough they will show you their good side.’ That resonated with me.

It is becoming increasingly obvious that the reason it takes some people longer to navigate society’s “system”, is that it is designed for the majority. Improved support networks and education have increased our level of compassion and the aid we can give to those less fortunate, the minority, however, there is a long way to go before we erase inequality and embrace difference wholeheartedly.

We are better informed now as to why some people do better than others – we know now that it has less to do with IQ than opportunity. In recent years we have come to understand the social impact of “privilege” and we have a greater comprehension of mental illness –  two of the factors to influence inequality in the past.

Sometimes, during really bad days with our son, I used to wonder why I ever chose to become a parent, and there were times when I saw his “difference” as a threat or some sort of test of motherhood. I admit, I questioned if he was a bad apple and if it wasn’t for that nagging belief or some sort of intuition that kept telling me that I was wrong, I might have given up. I spent so many nights questioning why this child that I had made, who shared the same gene pool as his sister, had received the same opportunities, hated us so much and chose to remain so defiantly different to the rest of us, so opposed to our expectations in every aspect of his outlook.

Once, when I was looking for sympathy for my situation from a family member, he described my son as a “bad seed” – an accusation that made me so mad it felt like my organs had withered and died inside, such was the pain and shame. I knew he was wrong and in a way, those words steeled me to prove him wrong – I just needed to work on how to draw out the goodness in my son.

If you don’t slide easily into a system created for the majority, you are judged, and that judgment creates fear. For the record, I can call my son a “bad seed” in those moments of anger when he burns the second hole in my new sofa or we get another middle of the night call from the police, but no-one else has that right unless he hurts them directly. Which he never has done.

I would describe his journey to adulthood as at the extreme end of teenage rebellion and perhaps if he’d had more liberal, less anxious parents who had embraced his spirit, things might have been different. I would handle things differently if I had the time again – in the same way that Randy Pausch handled his last months. I know now how much naïve and flippant judgments and criticism encourage isolation until the small problems snowball to bigger problems which then trigger poor self-esteem and anxiety, which in turn transmutes to anger.

Our tunnel vision for conformity is damaging; the effect on our gay population – who continue to be victims of harassment and abuse in spite of the West’s progress in terms of embracing difference – an obvious example. Let’s hope that yesterday’s vote changes the journey for all of the LGBTQI community in Australia, not just the majority. Many of their young community has lost or taken their lives due to their inability to tick the right boxes – boxes that were created centuries ago when it was still okay to have slaves and women couldn’t vote. Until this bill is passed, their children and partners do not have the same rights as those in heterosexual relationships, and if the outcome had been different yesterday, there is no doubt in my mind that there would have been a regression, that the seed of condemnation would have been re-sown and fertilized by the far-right and ignoramus’ that spearhead religion in our country. – even though we live in a society that prides itself on fairness.

The freedom that living in the western world affords us is that we have choices – the choice who to love, what to eat, whose altar to pray at – the choice how to live our lives, for most people. We were given that choice yesterday – a fair choice where everyone’s views were respected and taken into account, as they should be in a democracy, and on this occasion, good beat evil.